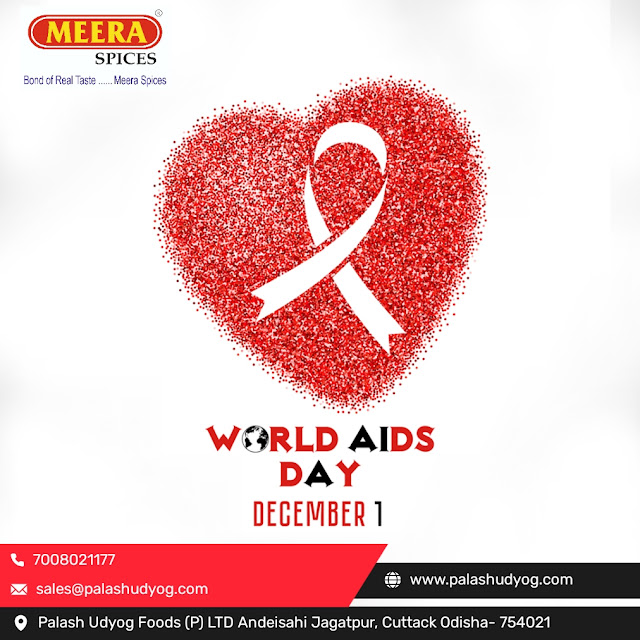 Staff and Supervisors of Meera Spices organized the Aids Awareness Camp.
In 1981, scientists in the United States and France first recognized the Acquired Immune Deficiency Syndrome (AIDS), which was later discovered to be caused by a virus called the Human Immunodeficiency Virus (HIV).
HIV breaks down the body's immunity to infections leading to AIDS.
The virus can lie hidden in the body for up to 10 years without producing any obvious symptoms or before developing into the AIDS disease, and in the meantime, the person can unknowingly infect others.
Currently, an estimated 55 million people worldwide are HIV carriers, and three million a year are dying of AIDS.

Popular posts from this blog

November 10, 2021
Students of BSc. (Hons) Agriculture from  Sri Sri University, Cuttack at Meera Spices Factory Jagatpur With HR Manager Monica Dash Students of BSc. (Hons) Agriculture from Sri Sri University, Cuttack , Odisha has undergone Project Study in Agro-Industry Attachment (AIA) at the Meera Spices Factory Premises, Jagatpur, Cuttack from Nov 5th, 2021 to 25th Nov 2021 under the Guidance of Sri Sribasta Kumar Rout, Factory Manager at Palash Udyog Foods Pvt. Ltd. As Meera Spices is one of the best quality available Spices Manufacturers in Odisha, India with Service Area in 30 Districts . We appreciate and encourage students from different Colleges and Universities of India to experience real Indian Spices, with aromatic preservation and Packaging system. Students also got to know the AGMARK Standards that are followed to bring the Best of Quality Indian Spices in Odisha.  During the Study, The Students were facilitated with information on Spices, hands-on exposure to Processing and Packaging
Read more